Just as I’ve previously mentioned, I have been putting off updating my home desktop for various reasons, but I thought, getting a second LCD for a dual monitor setup wouldn’t hurt, I was wrong. My old card, Hercules ATI Radeon 9800pro had only one DVI and one D-Sub output, unfortunately that produced 2 very different white contrast level on 2 of the same monitors I have, the Dell 2005FPW 20.1″. Having one LCD with perfectly sharp text and whitest white while the other one slightly blurry and yellowish tone is not acceptable to my eyes. So, as usual, I went to newegg to order the only AGP 4/8X video card (my motherboard only accepts this due to my unwillingness to upgrade) that’s still current with the technology that has a duallink DVI ports that’s also HDCP Ready for under $100. Considering I paid $350 for my 4 years old 9800pro, this is a steal for a huge jump in performance. 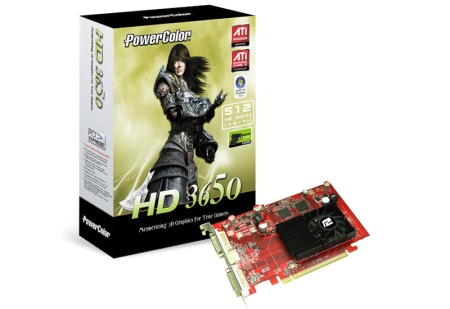 My new dual DVI video card.
This entry was posted in Computer. Bookmark the permalink.