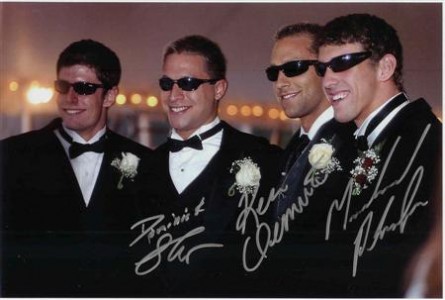 I am sure Michael Phelps requires no further introduction now that he is considered one of the greatest Olympian ever lived, but what really got my attention is the name: Kevin Clements, one of Phelps’ teammate & friend in the North Baltimore Aquatic Club. He is the older brother of Joey Clements (He even went to ASU!) both were my teammates in High School for water polo and swimming! I hope I get a chance to meet Michael Phelps, it’ll be an honor.

This entry was posted in Food, General. Bookmark the permalink.