Immediately after McG’s, we went to meet up with more Ryan’s coworkers and friends at City Walk for Howl at the Moon Piano Bar, it was probably the “high-est” place I’ve been in a while, we had to leave the place because it was way too crowded and when we went back to it after 2 hours, it got even worse! We were forced to migrate to the brewery directly across, Karl Strauss started its brewery in San Diego and was my favorite beer in college. After this, we ended up in Jillians which I have to note myself to never go again, it became a hispanic dance club after hours, nothing wrong with it, but it gave me the chills. 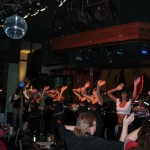 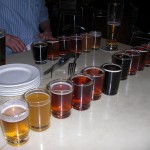 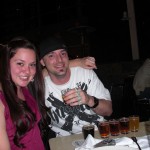 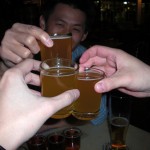 This entry was posted in Photo, Travel. Bookmark the permalink.